Last week the Office for National Statistics (ONS) released UK labour market data for the first quarter of 2019. The figures showed that employment increased over the quarter to March, by 99,000, taking the total in employment to 32.7m. Furthermore, the growth in jobs pushed the unemployment rate down further, to 3.8%, a decrease of 0.2% on the prior quarter. Signs of tightness in the labour market continues to be seen, with vacancies remaining at elevated levels and anecdotal evidence in some industries of companies struggling to find enough staff. As a result, wages are growing ahead of inflation, increasing at 3.2% year on year against CPI inflation of 1.9%. This is expected to continue over the coming months.

The German economy grew by 0.4% in the first quarter of the year, rebounding from a weak finish to 2018. The EU’s largest economy avoided a technical recession last year although experienced flat growth in the final quarter. While there has been a recovery in the domestic economy, observers are concerned that the potential disruption in global trade may impact on Germany, which is deeply reliant on international trade for growth. Nevertheless, Germany needs to re-orientate its economy towards domestic consumption as political pressure on its excessive current account surplus intensifies. The increasing construction and manufacturing investment seen as well as planned tax cuts and social benefits being implemented later this year should improve the balance. 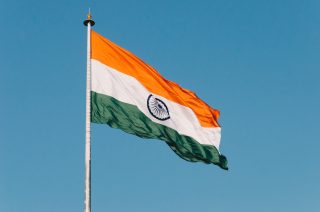 India, the world’s largest democracy is currently holding elections, the results of which are due to be announced this Thursday. Investors in India will be closely watching the progress and will be hopeful for the re-election of the current Prime Minister, Narendra Modi, who has been seen as a positive reformist for business and the economy. Modi is currently expected to retain his position, and a loss would likely be a negative surprise for markets. India has become an increasingly important component of the world economy and is expected to overtake the UK as the 5th largest economy with GDP growth in excess of 7% in 2019.

You should always remember that the value of your investments and any income from them can go down as well as up and you may get back less than the amount you originally invested. All investments carry an element of risk which may vary significantly. If you are unsure as to the suitability of a particular investment or product, you should seek professional independent financial advice. Tax rules, rates and reliefs are subject to change without notice in the future and taxation will depend on your personal circumstances. Charges may be subject to change in the future.

Strawberry Invest Limited is an appointed representative of P1 Investment Management Limited who are authorised and regulated by the Financial Conduct Authority under firm reference number 752005. This information can be verified on the Financial Services Register. Strawberry Invest Limited is registered in England No. 08860958. Registered office, Senate Court, Southernhay Gardens, Exeter, Devon, EX1 1NT.